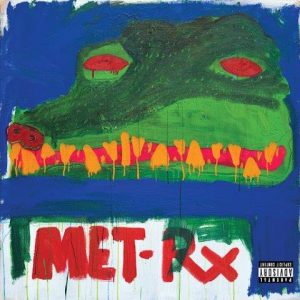 Action Bronson’s next album Cocodrillo Turbo will be released on April 29th on Loma Vista. Conway The Machine, Roc Marciano, Hologram, and Meyhem Lauren will all appear on the album, which will be produced by The Alchemist, Daringer, Roc Marciano, and Action Bronson. Bronson has found a never-ending source of inspiration in water, which is where the title originates from.

His stunning new video for debut single “Subzero,” directed by James Larese, is based on the album. In it, a tsunami strikes New York, as Bronson waits with his bodyboard in hand, preparing to ride the wave through the streets while rapping about dropping a nine in the snow like a long-lost Sopranos character before slipping in a line about ripping his bread without knives. The Alchemist is king of the crocodiles in the short film, which brings him through the desert in a Mad Max-style car and then back to the ocean.

You can see the video below and presave the album here.