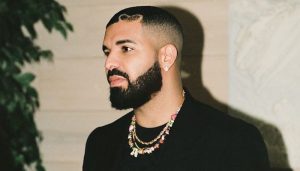 Excuse me, ladies. Have you dreamed about Drake? Sorry to tell you but you are not the only one. The “God’s Plan” rapper is the third most dreamt about celebrity on the planet. Who beat him? Just Harry Styles and K-Pop superstar and BTS member Junkook.

Secret Linen Store, an online luxury bed linen supplier, wanted to know which celebrities appeared most frequently in our dreams and dug into the data to find out.

The data shows that the most dreamed about celebrity in the globe is British musician and heart throb Harry Styles, according to Twitter, where hundreds of individuals post about their latest celebrity dream every day. According to Twitter data, the former One Direction member has appeared in roughly 800 dreams since the release of his debut single from his upcoming album Harry’s House. Jungkook, a member of the highly renowned boy band BTS, is the second most wished-for star, while Drake, a Canadian rapper, is the third.

Taylor Swift (4th) is the most desired female celebrity, with only Euphoria star Zendaya (7th) and Kim Kardashian (10th) rounding out the top ten.

The only other hip-hop musician in the top 10 is American rapper Jack Harlow, who is the 9th most desired celebrity — his songs frequently go viral on TikTok, and he just collaborated with Lil Nas X. Timothee Chalamet (5th), Zendaya’s boyfriend and fellow star of Spider-Man: No Way Home, Tom Holland (6th), and Robert Pattinson (8th), who recently starred as the latest Batman, round out the top ten.

“Seeing that Harry Styles is very much the man of the moment, we weren’t too surprised to find out he was the most dreamt about celebrity,” said Molly Freshwater, co=founder of Secret Linen Store. “However, it was certainly interesting to see which other famous faces are appearing most in our dreams. Although we can’t guarantee a night of Harry Styles-filled dreams, we do recommend making a few bedtime changes to ensure you have the best possible environment for dreaming. Make sure to change up your bedding as the temperatures change (linen for when it’s warm and brushed cotton for the colder nights), use a pillow spray with lavender or eucalyptus scents and try to reduce your screen time before you hit the hay.”

Have you dreamed about a celebrity lately? Let us know.

The post Drake Ranks in the Top 3 of Most Dreamt About Celebrities, Who Joins Him? appeared first on The Source.