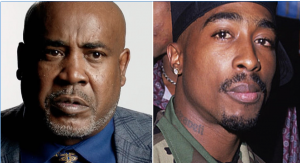 On the Bomb1st podcast, Former Death Row muscle Reggie Wright Jr. added more to the rumor mill about the 1996 murder of Tupac Shakur, saying that the last man alive in the car which fired the fatal shots that killed Shakur will be charged with the decades-old crime this year.

Wright says that the Las Vegas Police Department has been ramping up their investigation into the Shakur murder and that Keefe D, the most talkative witness in the Tupac murder investigation, has had a nervous last couple of weeks.

“Let’s put it this way, I bet Keefe D [has] been having the runs for the last two weeks,” Wright said. “Because yeah, they are knocking on doors and there’s some activity.” Wright even made a challenge out of the rumors and urged viewers to predict the date in which Keefe D will be arrested this year while promising a prize to whoever predicts the correct date.